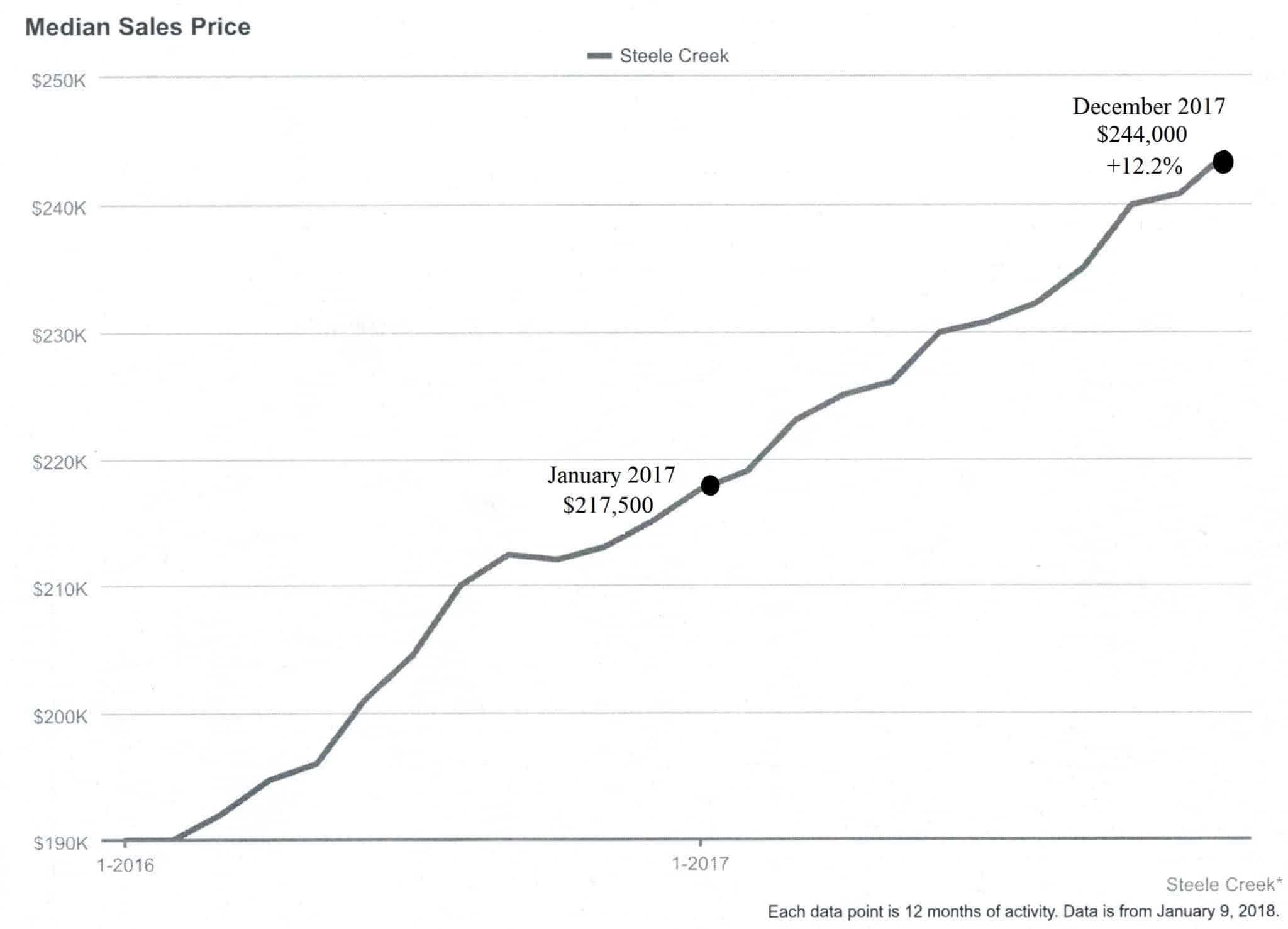 The Steele Creek Community is a cluster of Charlotte neighborhoods that looks great from any perspective. On the map, you can’t help but notice that this burgeoning area in southwest Charlotte borders Lake Wylie, one of North Carolina’s largest lakeside communities. Equally prominent is the McDowell Nature Preserve, a sprawling park offering hiking trails, canoeing, and fishing.

This section of Charlotte hasn’t always enjoyed this level of popularity. In the past, Steele Creek was dominated by farmland. A proposed hazardous waste incinerator inspired residents to organize the Steele Creek Residents Association, which sued to stop the project, and later reorganized to include Land Use and Planning committees to block future threats and preserve the area’s quality of life. In 2003, the residents established a network of nature trails throughout the community.

The neighborhood’s advocacy of planned, “green” growth has certainly added to its appeal. The Palisades golf course community has incorporated environmental goals into its long-range plans, earning certification into the Audobon International Gold Signature Program. Another major development, the Sanctuary, has set aside 300 acres of untouched meadows among its restricted-use lots. It’s easy to understand the pride Steele Creek residents have for their community. Karl Froelich, the president of the Residents Association, called it “a hidden gem” back in 2016.

With its determination to grow while maintaining environmental standards, its proximity to both Lake Wylie and the Charlotte-Douglas airport, as well as quick access to Charlotte’s uptown via the 485 outer loop, it’s no surprise that once-quiet Steele Creek is now Mecklenburg County’s fastest-growing area.

Julie P. Tuggle is broker/owner of Carolina Buyer's Agent, one of the only real estate firms in the area that doesn't practice "Dual” or “Designated” agency - the conflict of interest that exists when a buyer agent's company is representing the buyer and the seller on the same home. Carolina Buyer's Agent specializes in Home BUYER Representation Only.

At Carolina Buyers Agent, search the full range of Charlotte NC homes for sale: MLS Listings, For-Sale-By-Owner, Foreclosures, & Senior Housing, too. Search for homes from your desktop or smartphone by area, neighborhood, address/ZIP, school or even commuting distance to work!
Let's Work
Together
Contact Us Today